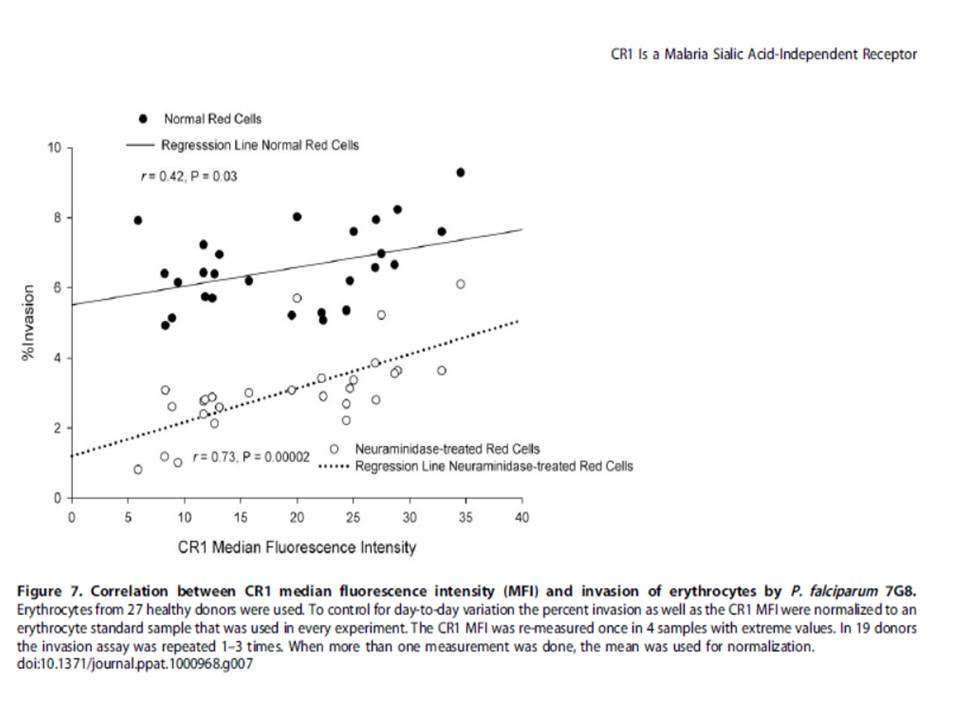 We showed that soluble CR1 (sCR1) as well as polyclonal and monoclonal antibodies against CR1 inhibit sialic acid-independent invasion in a variety of laboratory strains and wild isolates, and that merozoites interact directly with CR1 on the erythrocyte surface and with sCR1-coated microspheres.